NEW PRESS RELEASE … NPS IS HAPPY TO ANNOUNCE ITS RECENTLY PUBLISHED 3RD EBOOK: “IN DENIAL: WHITE SLAVERY IN THE VIRGINIA COLONY, 1607 TO 1619 AD + ‘REASONABLE CAUSE FOR REPARATIONS’ FOR DESCENDANTS OF AFRICAN SLAVES” THAT NOW ADDS TO ITS DASHING 3-EBOOK SERIES THAT EXPOSES/FURTHER PLACES AN EMPHASIS UPON THE 400 YEAR HIDDEN LEGAL PRECEDENT OF REPARATIONS PAID IN 1619 AD TO THE WHITE SURVIVORS OF THIS VIRGINIA COLONY … If you visited us before, welcome back, and for those of you visiting for the 1st time, you came to the right place to receive a major dose of truth about this subject matter that points to the 1st 12 years of the Virginia Colony, 1607 to 1619 AD; in other words, an in depth dose of authenticity about this subject matter … so, if this interests you, continue reading this narrative, and if not we understand … ||| … Our previous marquee mentioned how excited we were to announce our then new eBook called “Novemberteenth / Aprilteenth” that 1) revealed the confines of a well hidden 400-year-old document, issued in November 1618 AD that declared ‘Absolute Freedom’ to the Survivors of this White Slave Virginia Colony that primarily serves as what I call the ‘EFFECT’ document. The ‘CAUSE’ document, however, a document written in 1624 AD by this slave colony’s Survivors, what I call their ‘Testimonial Document’, is 2) a 12-page declaration document that describes ‘WHY’ and ‘To What Extent’ the Survivors of this slave colony were enslaved. As you know, they also experienced a period of starvation for 3 years prior to their enslavement, between 1607 to 1610 AD, also 3) we provided a birds-eye view into the opinions of several other historians about this slave colony; then we reminded prospective new readers to purchase our 1st eBook called “Indentured Servitude Unchained” that revealed our thesis, based on authentic sources, of why we made the claim of the “Underground Railroad for White Slavery in America” that lasted for over 240-years (from 1619 to 1865 AD)–whose facts rely upon our critical research and major fact findings within the Colonial Records of Virginia, 1850 and 1860 U.S. Census Records. And lastly, with the “N” word so prevalently used throughout our world society, we wanted to redress when, where, and who amplified the negative use of the word “Negro”, and as noted, its cousin the “N” word. Now … before you continue reading the forthcoming paragraphs, we suggest you scroll down to the bottom of this page and turn on our theme music “Hold On” composed by Michael Freeman, if your browser doesn’t automatically trigger it to play … by the way, should you wish us to contact you for further discussion, drop us a personal message using the “Contact Me/Us” link in the sidebar on the right at the bottom||| Mahalo, all the best and thanks for visiting Us …

It is NPS’s calling to help build Self-Worth & Esteem in Children, Women & Men who commit to joining our program between the ages of four (4) to Adulthood, through instilling Our rich African Cultural Pride & teaching Our Ancestors’ Contributions & Achievements (to the world); as a reminder take a 5-minute virtual tour of our last video (filmed in Maui at Hawaii’s Queen Ka’ahumanu Shopping Center in 2012) affirming their past presence for at least four (4) Million Years of African Culture by announcing “ARDI,” Everyone’s Common Ancestor — tap the right sidebar page link “ARDI-Our Common Ancestor.”

NPS’s training program noted provides results in: 1) character building and 2) teaching life long skills which can be witnessed through several testimonials by our past titleholders.  Like always, we look forward to hearing from YOU year-round.  In the same breath, NPS is always seeking new Contestants to participate in NPS’s pageant program(s) each year throughout the world, so please feel free to submit your interest(s) via our email provided in the sidebar page link called “Contact Me/Us.”

Available per your request(s) for lectures and/or educational presentations to share our African Cultural tributes (themes) presented at past pageant productions, now archived at the New York Public Library (The Schomburg Center for Black Research).

As noted in the above marquee, NPS’s new and 3rd eBook titled “In Denial: … ” provides more detail about evidence of documents/events/acts that occurred within the 1st 12 years of the Virginia Colony, 1607 to 1619 AD. This new eBook, which surpasses the detail provided in NPS’s 2nd eBook titled “Novemberteenth / Aprilteenth,” is also available on Amazon.com and Google Play eBooks, and, like its NPS’s 2nd eBook noted, presents a “Proclamation” declaring that the facts issued in it are authenticated from the use of several Virginia Colonial Records — Court and the Virginia Company of London’s Records — and from within, you can view more striking facts/truths which is located in the eBook Blog to the right.

Allow me to dig a bit further since you’ve read this far … you can get a better perspective about this new eBook’s scope, from the lens of a reader, because it is organized to understand what actually occurred during this period using the ‘Cause’ and ‘Effect’ Relationship. In other words, the reader will, without doubt, understand WHY this 1st 12 year period was used as a stepping stone to enslave less than 2,000 white settlers to install a structured System of Indentured Servitude that immediately followed, as we now know; but more important is the fact that HOW the Enslaved were treated [the ‘Cause’: extracted from their direct testimonial document WHICH I INCLUDED], and their Proclamation of Freedom Document [which serves as the ‘Effect’: a declaration for granting Absolute Freedom and Reparations (in the form of acreage)], and also serves as a 400 year old hidden Legal Precedent proving that Absolute Freedom and Reparations were granted to survivors of this White Slave Colony, the Virginia Colony. Well, guess what? This Legal Precedent can be used to serve as an example that Reparations were issued/paid without interruption, serving as the opposite of what occurred [interrupted] towards providing Reparations upon African Slave Survivors [notwithstanding the issuance (ratification) of the 13th Amendment in 1865 AD by the U.S. Congress that shortly followed a formally written “U.S. Military Field Order Declaration” granting Reparations in early 1865 AD].

As to NPS’s 2nd eBook titled “Novemberteenth / Aprilteenth,” which contains the explanation for its title and is at least 120 pages, it is available on Amazon.com, and Google Play eBooks.  Its cover (which explains why NPS named it as it appears), and inside cover [presents Great Britain’s Black Queen, Queen Charlotte who ruled in the 18th Century (are you curious to find out why NPS presents HER in this eBook?)] can be viewed by tapping this inside link “Novemberteenth / Aprilteenth“, or the sidebar link bearing this title.

A little about issuing another “Proclamation” that NPS self-certified within these two eBooks: what substantiates self-certification is the easily tracible facts/truths via each eBook’s references/sources. Needless to say, NPS is very excited about being part of the movement to convey these facts/truths about White Slavery in this 1st official English Colony called Virginia.  And lastly, a “Sneak Preview Timeline” is also included from NPS’s completed screenplay for this 1st 12-year period for your convenience.

A word about your thousands of comments: Since the release of NPS’s eBooks, it has received tens of thousands of comments (making it a bit overwhelming), but it has only posted over 4,500, i.e. posting hundreds reflecting your honest opinions about its eBooks and responding to others that ask for advice.  There were quite a few that suggested NPS should have a donate button … well, that’s a good idea, so, to take care of that notion, that’s why NPS priced its eBooks at nominal fees at $3.99 or less in online book repositories like Amazon.com and Google Books.  Beyond that, however, NPS would like to thank you for your comments, support and remind you to continue sending your valuable comment(s), for they provide NPS with your assessments about the noted subject matter, one that is not well known about the Virginia Colony …

NOW … NPS HAS A QUESTION JUST FOR YOU!!!

Did you know that White Slavery lasted for over 250 years in America? (9 years during the 1st 12 year period, 1610 to 1619, and underground for over 240 years)? … which is never described or talked about in America.  Well, from a high level this thesis is presented,  proved also via authentic documentation and contained within NPS’s 1st eBook titled “Indentured Servitude Unchained.”  The other major scope outlined in this eBook is a short critical analysis upon the Spanish adjective word “Negro” and its cousin the “N” word; this scope lends an ear to determining when, where and how these words garnered their derogatory strength for use internationally, which was during the 15th Century.  So, with these sensitive subject matters, NPS trusts that you will seek to read this 1st eBook.

Now, take a moment and glance at:

NPS’s Blog Posts with comments from the public about these eBooks or Android App;

NPS’s Author page provided by Amazon.com via this link; and

NPS’s Customer Ratings via the Amazon.com link immediately below …

So, to learn more along with getting NPS’s 3-eBook Series [“In Denial: …”, “Novemberteenth / Aprilteenth” and “Indentured Servitude Unchanged”] visit the following respective repository link: Amazon.com.  If you don’t have the kindle reader, you are able to use Amazon.com’s Cloud Reader.

NPS’s 3-eBook Series:  “IN DENIAL: … “, “NOVEMBERTEENTH / APRILTEENTH“ and “INDENTURED SERVITUDE UNCHAINED“ (to summarize each eBook for your convenience) – The 1st eBook, respectively, contains a copy of the 1624 AD testimonial document written by the Survivors of the 1st 12 years of this Virginia Slave Colony [for you to test your translation skills] along with a copy of the written text proclaiming their Absolute Freedom and Reparations, which serves as a legal precedent pointing to Reparations paid to the survivors, contrary to Reparations not paid, to date, to Descendants of African Slaves since the ratification of the 13th Amendment by the U.S. Congress in 1865 AD; the 2nd eBook, on the other hand, reflects the 1st eBook’s major theme about the 1st 12 years of this English Virginia Colony, 1610 to 1619 AD, and also explains NPS’s reason for titling the eBook: “Novemberteenth / Aprilteenth,” while the 3rd eBook redresses NPS’s claim that White Slavery existed underground in America for over 240 years, viz., The Virginia Colony, 1619 AD, until the Emancipation Proclamation was issued in 1863 AD.

What appears above is a short slideshow of NPS’s respective eBook cover(s), its Android App cover, and a few public domain pictures that are highlighted in these eBooks as evidence of White & Black Emancipated Slaves from New Orleans, LA, dtd. 1863 AD.

About “NPS’s Blog Posts”… they also list other events, and offers you the ability to provide your feedback.

Along with noting that NPS has a calling to build one’s self-worth & esteem through its pageant program, it has a passion for helping people achieve their best of health.  We maintain & practice this passion for ourselves and would like to share our health knowledge and/or products to balance good health from our perspective–so please feel free to tap the link called: “Wellness Coach Rainey” for details.

And, if you have a few more minutes and would like to take a virtual tour around the world (through viewing over 70 pics we took back in 1987 when we took our 6-week trip eastbound), just click the sidebar link for the 6-week trip; perhaps these are countries you have been to or presently live in… 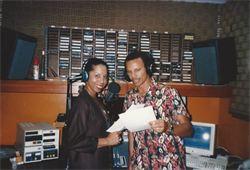 Blog/eBook Posts with over 4,600 comments: